- Something I struggle with is other people respecting your boundaries. I feel like a lot of people especially nowadays lack a lot of empathy, because they're seeing things through their phones, and it's like, everyone's giving their own opinions, but I feel like a lot of people don't think about how their actions have consequences on how other people feel. I feel like boundaries are always being pushed especially in this day and age where everyone's messaging you and sometimes you get a bit bombarded and it's like « Ouch! I'm trying to chill out by myself for a bit, can you... » and everyone takes it personally rather than trying to think that actually maybe I'm being a bit too full on.
People get a bit too personal sometimes or they think that they deserve to know so much about you and that kind of can cross your boundaries sometimes. And then instead of accepting « Oh yeah, maybe this person doesn't want to speak about that » they just get annoyed at you and try and push and push and that's gonna end up pushing that person away rather than welcome them to actually speak about whatever it is that...

- Did you ever had to tell a friend « I'm sorry that's too much » for instance?

- Yeah. Like, I've had to say to a couple of friends « Look I'm not feeling up for talking about that. Like, I'm still trying to process it myself, I'd rather not speak to anyone else about it just now, because I don't even know how I feel about it yet, so... »

- The last times it happened to you, how did you feel?

- I feel like it's quite a frustrating feeling. Definitely, because then it's almost like you're not being listened to. And you have to repeat yourself quite often, and it's still not being respected. It's like, you can never just say no once. I think that can be a very frustrating thing, a hundred percent. 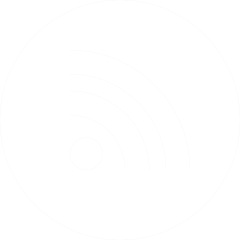